The premiere of Uuspõllu-Toompere-Kivirähk’s “Elf” was very fun. The folk artist got the audience first with the first linr, which, if I remember correctly, was, “Hello kids!”

The crowd was laughing continuously from start to finish. The biggest laugher was the producer of Eesti Laul, childish Mart Normet, who was sitting behind me, whom in the meantime, was brought some sugary water, so that the boy would calm down and put on dry pants.

Of course, a typical child show was that as soon as the room went dark, one toddler began to cry hysterically. However, real art should be a bit scary and demolish the comfort zone.

As expected, the theater critic Peeter Sauter arrived in a drunken state which was achieved by consuming beer, but unlike the NO-theater, “the Elf” did not cause a fuss about it a and did not let the critic blow into the breathalyzer.

Ingrid Peek, a priestess of the extraterrestrial forces, known from a popular science show “Hello Space”, honored the performance by her presence, which is also natural, because the elf is also part of supernatural beings, just like wild beasts, fairies, spirits, and aliens.

Ultimately, it was a pleasant evening of theater.

The music is written by Jaan Pehk,

Premiere November 10, 2015, at the Russian Cultural Center in Tallinn.

Performances will be played in Estonia in November and December.

Duration 45 minutes. The production is suitable for people from the age of 4 years. 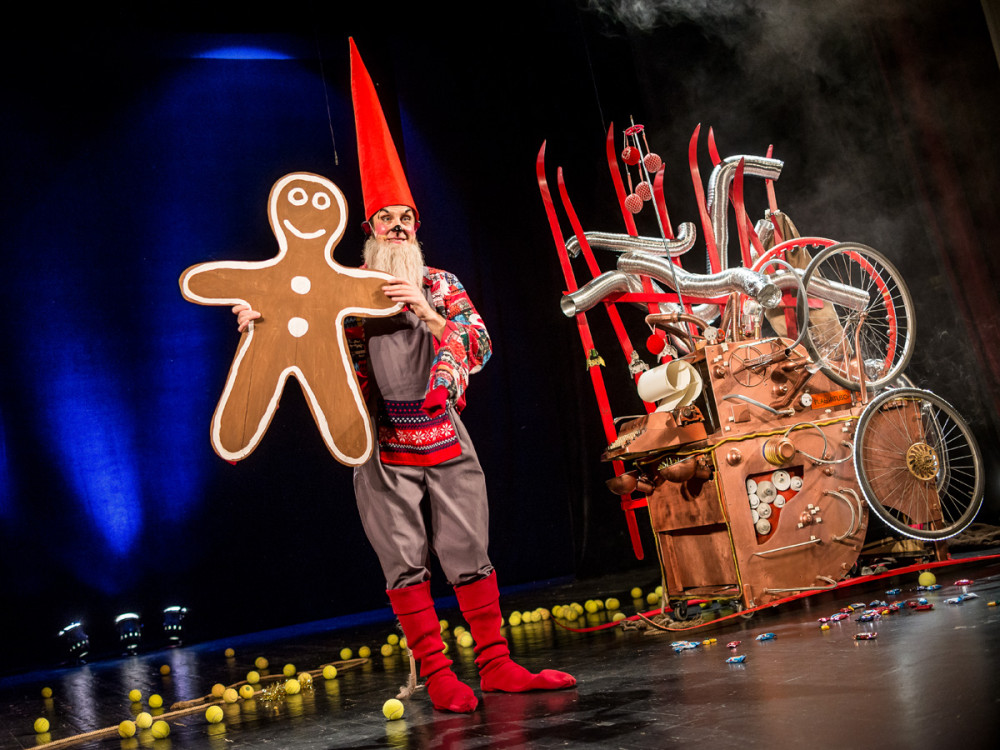